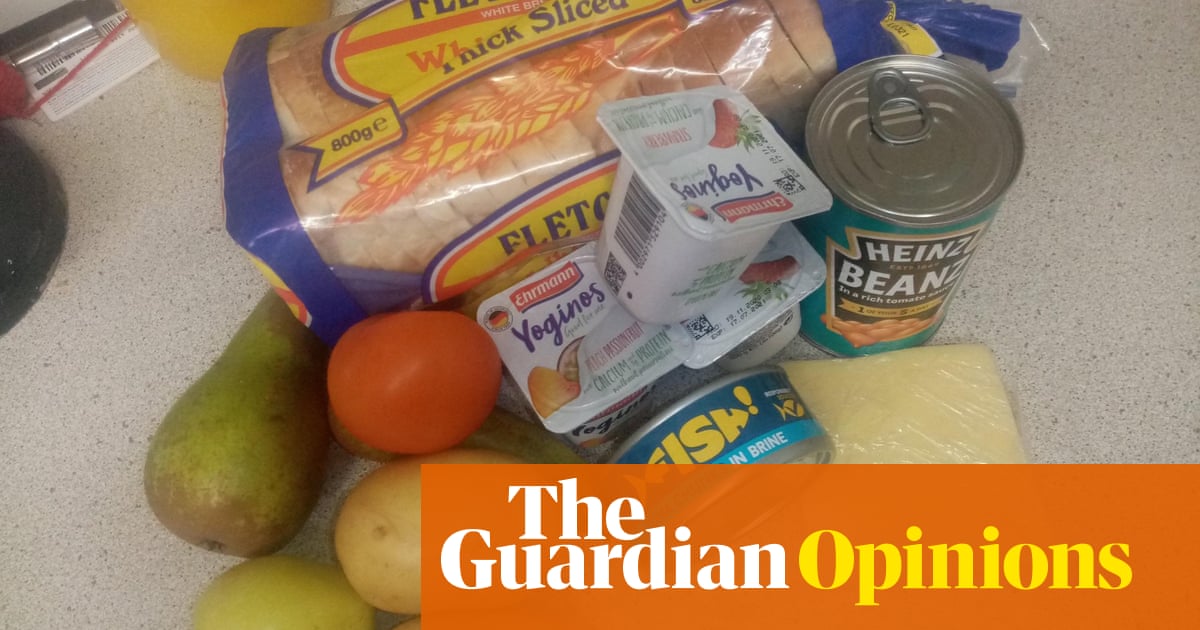 Children need to eat. In England, at least 1.4 million of them, or 17.3%, are entitled to a lunch paid for by the government as part of the school day. In the north-east of England, the proportion is closer to 25%. These figures exclude reception classes and years 1 and 2, where all children’s meals are free. But as photographs that spread rapidly on social media have revealed, the arrangements put in place while schools are shut are not working. Instead of vouchers worth £30 (for two weeks), food parcels whose meagre contents are worth a fraction of that sum have been delivered.

The visual impact of the images, combined with an intervention by the footballer and food campaigner Marcus Rashford, meant that ministers reacted sharply, along with the Labour leader, Keir Starmer, who branded the parcels “a disgrace”. The caterer, Chartwells, was summoned to the Department for Education. But while it is dismaying to see yet another outsourcing failure, the problem goes deeper than a sloppy contract, or a failure to fulfil it properly. Deliveries of apples, dried pasta and lard are not only the wrong way to go about replacing school meals during a national emergency, they are an insult to the families who need them.

Giving people money is the best way to replace entitlements lost through no fault of their own. Already, children are being deprived of education. For younger ones, especially, online learning is no substitute for time with peers and teachers in classrooms and playgrounds. It is a tragic state of affairs with consequences that will stretch far into the future. Making it as easy as possible for parents and carers to provide lunch at home is the very least that the government needed to do. A bumped-up child benefit or universal credit payment would be far preferable to the current system that turns school kitchens into food banks.

No doubt some decent intentions were in the mix when the new guidelines were drafted. Some school caterers may be doing a better job. For a small minority of children – for example, in households where there are addiction issues – food parcels may be the right choice. Vouchers, such as were provided over the Christmas holidays, are a reasonable alternative that schools should be free to opt for.

But the government’s track record with regard to free school meals during this pandemic is atrocious. It has twice been publicly shamed into U-turns by Mr Rashford on providing meals during holidays (efforts for which the footballer was awarded an MBE). That provision has once again been revealed as inadequate – when families are already struggling to pay the higher bills that are inevitable when people are forced to stay at home in cold weather – suggests an ingrained unwillingness on the part of ministers to act responsibly.

Free school meals are not charity. They are provided because, in our low-wage economy, millions of working parents live in poverty – which is made harder to escape by the shortage of social housing. As new research by the Resolution Foundation has shown, living costs have risen sharply over the past year for low-income families with children, while those with savings have grown richer. These are changes over which individuals and families have little or no control, at a time when many people already feel justifiably afraid. When it comes to Covid-19 regulations, ministers appear eager to point the finger at wrongdoers. But when it comes to feeding children, it is they who deserve to feel the force of disapproval. There has never been a worse time to be so mean.