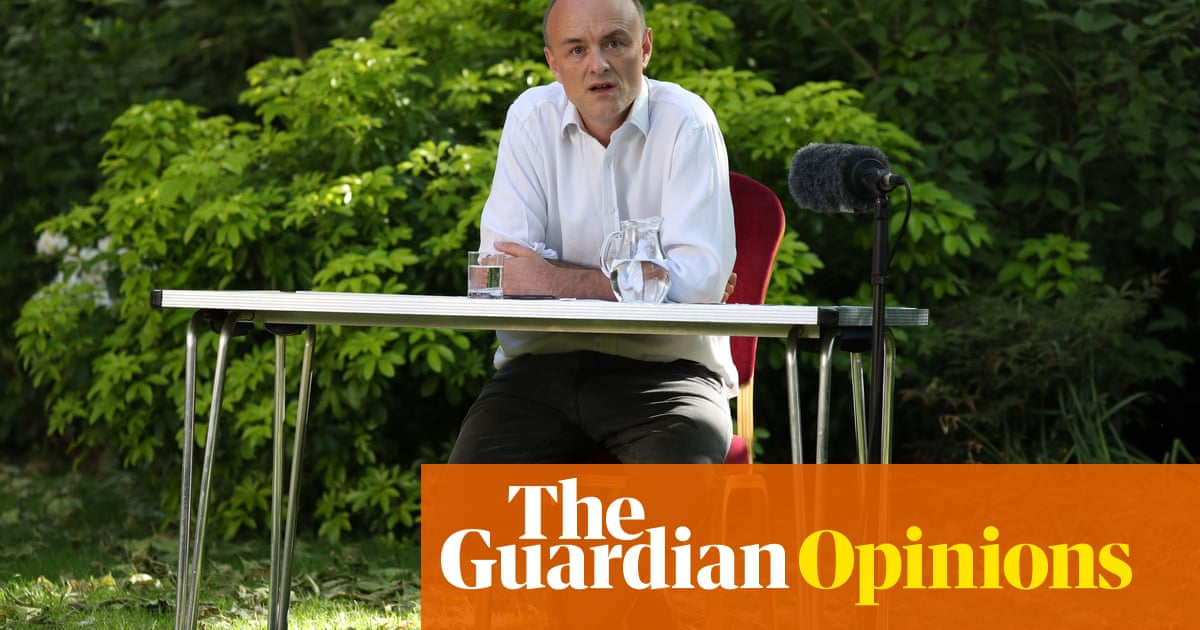 The prime minister’s chief adviser should be leaving Downing Street for good, not be giving press conferences from its rose garden. Unlike millions of Britons who stayed at home for the sake of collective safety of the country, Dominic Cummings broke the lockdown in March. While the rest of the UK was inconvenienced, suffered hardship and lost loved ones without saying goodbye, Mr Cummings drove 260 miles to his parents’ farm in Durham after his wife fell sick.

He had been forced to explain his actions after the Guardian and Mirror revealed his excursion last week. Yet Mr Cummings on Monday blamed the media for spreading inaccurate stories, while confirming the essence and detail of the reporting. His defence was laughable. He admitted driving 30 miles with his family to a beauty spot to “test his eyesight”. This farrago of nonsense was made worse because Mr Cummings did not evince any substantial measure of regret. He sought to defend his actions saying what he did was not a mistake, but rather that they could be considered reasonable acts of a concerned father and husband.

Mr Cummings and his wife had not been tested for coronavirus. Neither of them appear to have been seriously incapacitated at the same time. They had one small child who needed looking after. These were unfortunate circumstances, not exceptional ones. Many, many people dealt with far worse. What Mr Cummings cannot seem to fathom is that if everyone considers their circumstances to be unusual, and decides that they can move around the country in search of childcare, then the virus will spread across households, and across communities, and the pandemic will grow, and many lives will be lost as a result.

The message in this health emergency to the public was clear: “stay at home”. For Mr Cummings the message appeared to be to “read the small print” and find a reasonable excuse not to. The lack of self-awareness is galling. The exemption that Mr Cummings rests his argument on was developed for people at risk of domestic abuse. Legal experts suggest that Mr Cummings’ defence would not stand up in a court of law, let alone that of public opinion. It is a stretch to think that the lockdown would allow people with what appeared to be coronavirus symptoms to leave their home and drive to another part of the country. Or to allow them to end up in a hospital hundreds of miles away from their house.

Mr Cummings’ actions have the government in crisis. But the country is in the grip of a coronavirus pandemic. What has been asked of people is to make sacrifices for the collective wellbeing. This requires a high level of cooperation and trust. Most people understood that they had to stay inside during the lockdown and believed that others would do the same. They might not have done so if people like Mr Cummings had been given official backing to cheat these reciprocal arrangements.

There is a long way to go. In the coming weeks the British public is likely be asked to endure more restrictions for the greater good. It is hoped that they will ignore Mr Cummings’ example and not bend or stretch the rules but carry on obeying them both in letter and in spirit. Because this is about protecting the lives of one’s family and one’s community. The virus is being spread by people who think, like Mr Cummings, that the rules do not apply to them. This is why he ought not to remain at the heart of the government.

Donald Trump emerges from seclusion before an adoring crowd

Is it time for “ecocide” to become an international crime?

Donald Trump emerges from seclusion before an adoring crowd

Is it time for “ecocide” to become an international crime?