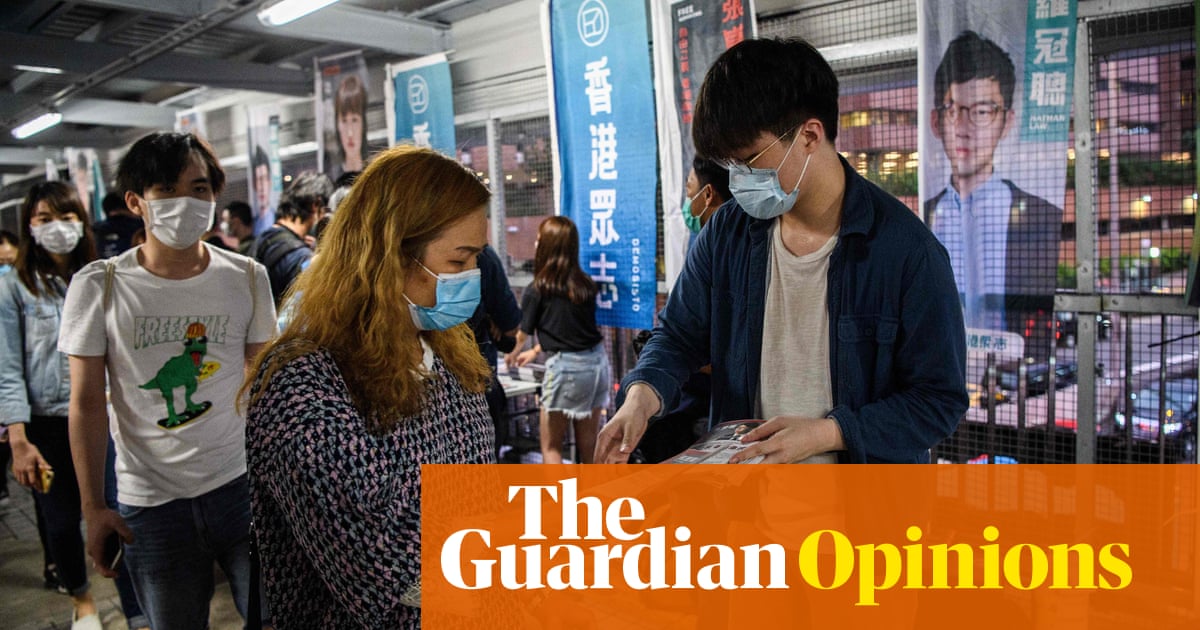 The end of one country, two systems is now clearly in sight. Though Beijing promised to respect Hong Kong’s freedoms and autonomy for a full half-century, it has chipped and then hacked away at them since the handover in 1997. Almost a year ago, the people of Hong Kong startled themselves and the world with their all-out rejection of the growing encroachments. About one in four took to the streets to protest against the extradition law.

Now, less than halfway through the 50-year pledge, China has taken a bulldozer to its foundations. The National People’s Congress is proposing a national security law for Hong Kong prohibiting acts of “treason, secession, sedition, or subversion”. Should anyone doubt the implications, official sources have helpfully briefed that this would cover acts such as defacing the national flag. National security bodies will be able to set up agencies in the city.

The manner of this move is as alarming as its substance. The city’s mini-constitution requires its government to enact such a law, but an attempt 17 years ago was dropped due to the backlash. This time, Beijing is imposing it from on high. The aim is probably to force it through the Legislative Council – stacked with pro-Beijing loyalists – to give the thinnest veneer of legitimacy, promulgating it only if necessary. But this is an undeniable declaration of intent.

Further unrest is inevitable. The last year suggests it will only be fuelled by brutal policing. Beijing does not care about hearts and minds. It has done more to radicalise Hong Kong than any dissident could. Support for protesters has grown even as some have turned to violence: a survey in March suggested 58% of residents backed them and only 28% opposed.

The question is whether burgeoning hostility to Beijing overseas, fuelled by its handling of coronavirus, will translate into support for Hong Kong’s protesters. As the other signatory of the joint declaration, a legally binding international treaty, Britain must vigorously defend it. That will require working with other nations: though the foreign secretary’s criticism was muted, making it in a joint statement with his Australian and Canadian counterparts was sensible. Individuals too need support; those forced to flee political persecution should be able to make their home here.

In the US, the secretary of state, Mike Pompeo, described the proposed law as a death knell for Hong Kong’s autonomy – upon which rests the special economic status it enjoys with the US. Though a full-scale revocation might be unlikely, stripping protections from the technology sector would chime with the Trump administration’s broader agenda. Since Beijing understands the risks, it is either gambling that other interests will prevail, or regards the resulting economic damage – even as it struggles with the impact of the coronavirus – as an acceptable price to pay for its political victory.

What is now at stake is bigger than the future of Hong Kong, as important as that is. Other nations should ask themselves whether they want China to believe that it can trample on its pledges and renege on international treaties with impunity.