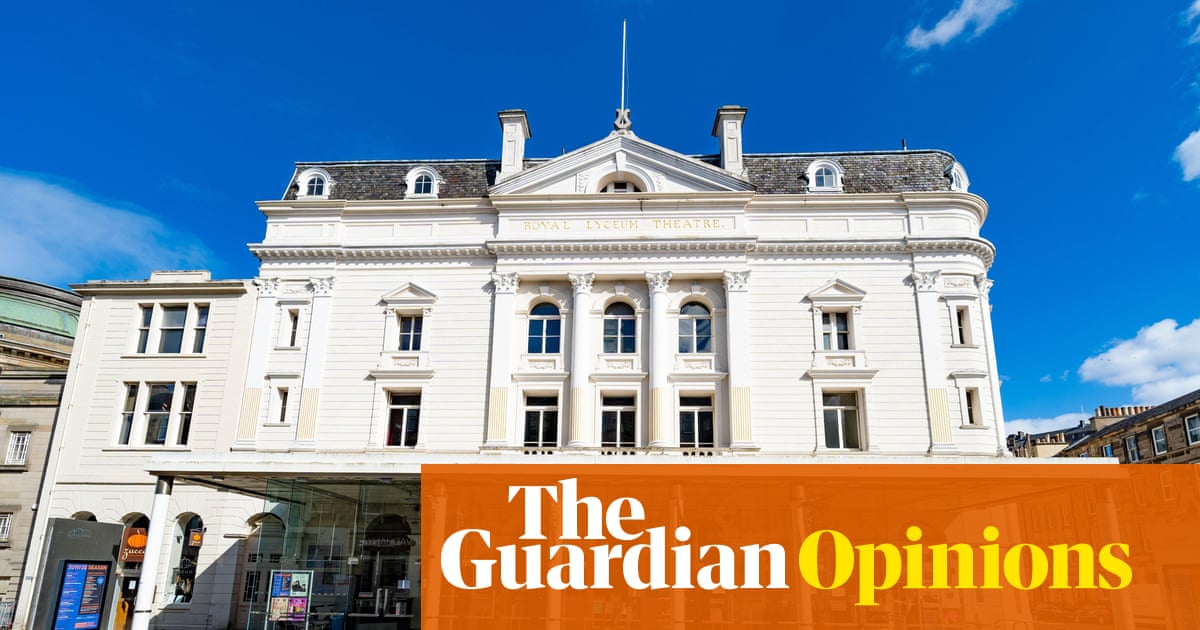 Theatre has brave new thinking in its bones. What is it, if not the imagining and sharing of alternative worlds? But no amount of creative thinking can change the reality that theatre across the UK is on the brink. It is precisely what makes it so special that makes it so vulnerable – it depends on a real-time, shared experience, with performers and audience at close quarters. Put in economic terms, that means selling a lot of tickets to an audience sitting indoors, very near to each other. Theatres may not be able to reopen fully till at least much later this year, and possibly 2021.

With no income coming in, the Globe and the Old Vic in London have sent out warning signals that they are weeks from collapse. Such theatres as these – with no public subsidy – are particularly at risk, being ineligible for emergency funds from Arts Council England. Those supported by public funding are not far behind, despite the furlough scheme: Nuffield Southampton Theatres called in the administrators at the start of the month. This week, the Royal Lyceum in Edinburgh announced all jobs are at risk of redundancy.

Emergency funding from national arts councils varies among the four nations, but in England, where £160m is being spent by Arts Council England across the board (with £20m going to individuals artists), organisations will survive only until September at best. And the people who make theatre – actors and directors and writers, but also technicians, composers, designers, musicians, specialist set builders, prop and costume makers – are for the large part freelancers whose livelihoods are, at the best of times, fragile, and have now disappeared. Many have fallen through the gaps of the government help offered to the self-employed.

The UK and devolved governments must step in. But it is crucial that any solution protects the whole of British theatre, an ecology through which the smallest experimental fringe company is connected by innumerable threads to the most internationally famous institutions. Safeguarding the most obviously prominent, often London-based organisations for the sake of national prestige would make no sense – the whole network is interdependent. It would also be a political miscalculation: the theatres of the “red wall” constituencies of the Midlands and northern England must not be left behind – nor the small, nimble organisations at the grassroots, which provide the real energy fuelling British theatre.

A great irony is that theatre companies have, over the past weeks, made extraordinary theatre work available online, to the delight and solace of audiences. The internet is brimming with material – from something as intimate as Andrew Scott’s spellbinding performance of Simon Stephens’ monologue Sea Wall, to Emma Rice’s joyous adaptation of Angela Carter’s Wise Children. The exuberance, the creativity, the energy of all this is what Britain stands to lose.

The CIA blames MBS for the murder of Jamal Khashoggi

Joe Biden’s $1.9trn stimulus package is one of the most popular bills in decades

The CIA blames MBS for the murder of Jamal Khashoggi