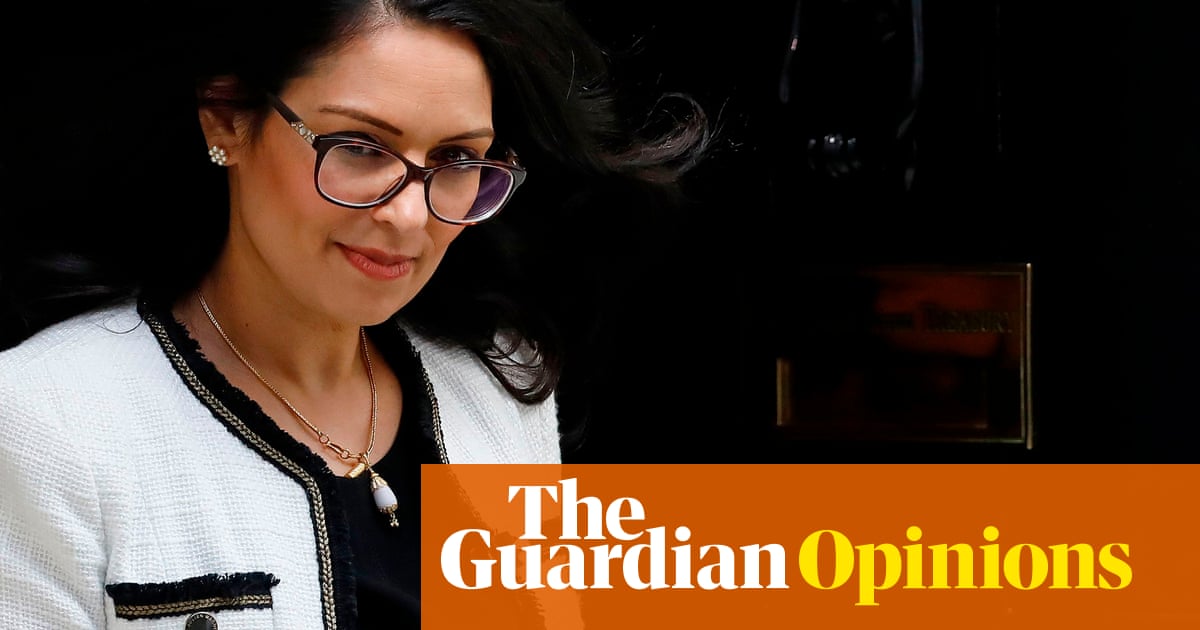 Why is the government pressing ahead with an immigration policy that was designed for a world that no longer exists? Brexit’s strident rhetoric posited falsehoods about migrant workers being behind depressed wages, housing shortages and stressed public services. But that was before coronavirus. Many Britons have woken up now to the fact that vital sectors in the NHS, social care and food production have been kept going by low-paid EU and non-European workers of the kind whose numbers the home secretary, Priti Patel, plans to restrict.

Ms Patel’s immigration bill claims it is introducing a points-based system, but it is more an income-based one. She proposes to end freedom of movement from the EU and apply the same salary threshold and skills requirement to prospective migrants wherever they come from. The rules are due to take effect in January and it is estimated that two-thirds of EU migrants now classed as key workers would not qualify for a work visa next year. The bill fails because the crisis has shown that salary alone is a poor guide to a person’s value to society.

The political argument for a tough regime is also fading. The public was warming to immigration before the pandemic struck and there was outrage over the injustice perpetuated on a generation of Caribbean migrants in the Windrush scandal. Polls show widespread public sympathy for low-paid foreign employees in the NHS and care sector.

The economic case for revisiting the policy is even stronger. The coming recession is unlikely to make Britain attractive to migrants. Travel is also probably going to remain restricted, limiting the scope to find work. Foreign students, the lifeblood of many universities and the towns that house them, will not rush back to Britain. The disruption to travel is expected to be lasting: Airbus has cut plane production by a third. It’s hard to see the sense in continuing with a bill to limit immigration when the shutdown has done that anyway.

In an era of high unemployment, jobs that British workers have been able to choose not to do might be more attractive than they previously were. There has been a jump in applications to work in the NHS during the pandemic. The government will need to put more money into training and pay. It is obvious why there are so few local workers in social care when – after a decade of local government austerity – hourly pay in a largely private sector is lower than in supermarkets.

Ms Patel ought to be generous and relax the proposed restrictions. She could do so without incurring political cost, as polls show support to exempt lower-paid frontline migrant workers. She did not take the opportunity in the Commons on Monday. This was a mistake. It is also wrong for Ms Patel to force foreign health staff to pay extra to fund the NHS. Large-scale immigration changes rarely work as intended – and one this size delivered in just seven months looks no different. Labour’s Nick Thomas-Symonds was right to caution that widening the scope of ministerial sway over immigration amounted to an executive power grab.

A blitzkrieg advance by ministers over immigration would be expected after Brexit, which remains the glue that holds Boris Johnson’s government together. But the Covid-19 pandemic has made the public understandably fearful. When people are anxious they tend to re-evaluate their beliefs. The shock of the virus has opened the political conversation to ideas beyond Brexit about what sort of society will work for all. For the sake of the country, the government ought to embrace them.