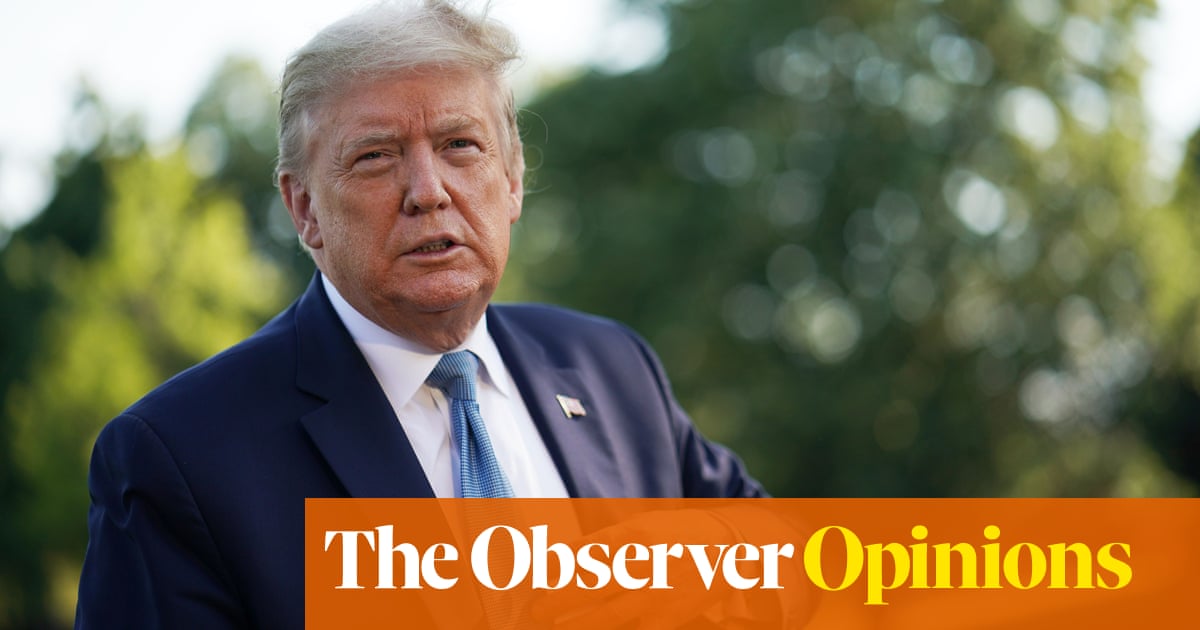 Donald Trump’s histrionic threat last week to “cut off the whole relationship” with China produced a scornful response from Beijing. “Such lunacy is a clear byproduct of the anxiety the US has suffered since China began its global ascent,” the Global Times, the Chinese government’s mouthpiece, commented. The “Washington elites” were in a panic over the pandemic, it claimed.

While the tone was unfortunate, neither assertion wholly lacked truth. The US and its western allies do have concerns – some legitimate, some exaggerated – about China’s rise to superpower status. And the mishandling of the Covid-19 crisis by Trump, who appears increasingly unbalanced, makes China’s president, Xi Jinping, look undeservedly competent by comparison.

Trump’s threat, as foolish as it is impractical, typified the irrational behaviour of the US leader. His target was no surprise. Trump and his “America first” acolytes have long contended that China is ripping off America by indulging in unfair trade practices, stealing its commercial secrets and destroying manufacturing jobs.

In current jargon, they want to “decouple”, and this process – the Chinese call it “suppression” – is now accelerating. Higher tariffs on Chinese imports, and controls on hi-tech US exports and Chinese inward investment, were extended last week to include new measures targeting the telecoms giant, Huawei. A compromise trade deal agreed earlier this year is in jeopardy.

Fear and hostility towards outsiders, economic grievance and entitlement, and a powerful sense of American exceptionalism – all sentiments feeding the confrontation with China – are the building blocks of the rightwing nationalist, populist, quasi-racist coalition that Trump assembled in 2016. Beating this coalition of hate is 2020’s election challenge.

Given this context, it was entirely predictable Trump would try to distract attention from his coronavirus fiasco by accusing Beijing of exacerbating the crisis. With the polarised, amoral state of domestic politics, it was predictable, too, that he would exploit this tragedy to attack his Democratic rival, Joe Biden.

All that said, many actions taken by China’s Communist party leadership, both during the Covid-19 crisis and before in relation to western democracies, are also a cause for genuine concern. Xi was unarguably late in alerting the world to the seriousness of the Wuhan outbreak. By initially trying to cover it up, and delaying WHO investigatory efforts, he did the world a great disservice.

China’s subsequent behaviour in trying to parlay this disaster into a soft-power triumph, using bad-mannered diplomats to assail its critics, harshly repressing internal dissent, and rejecting an independent, international inquiry into the causes and handling of the pandemic is unacceptable. It strengthens the hand of its detractors and dismays its friends.

The Beijing government is also wrong to play, in effect, Trump’s game by allowing global viral trauma to fuel a wider strategic, economic and potentially military confrontation – what some experts are calling a new cold war. Ominous parallels with the fatal deterioration in relations between Japan and the US during the 1930s Depression era are starting to emerge.

At this moment of extreme stress, it is vital to keep matters in perspective. No, China has not become a liberal democracy, as some in the west hoped. Yes, human right abuses in Xinjiang, Tibet and Hong Kong are egregious. And yes, China’s cyber-snooping and bullying of neighbours in the South China Sea and Taiwan is wrong and should cease.

Yet overall, China’s opening to the world in the post-Tiananmen age has been beneficial all round. Maoism was set aside, millions were pulled out of poverty, and China, by and large, has come to support a prosperous, stable global order where disputes are settled peacefully. China is not the Soviet Union. It is a rival. It is a challenger. It sometimes plays dirty. But it is not an enemy – unless malefactors like Trump are allowed to make it so.

How Joe Biden got his sizeable stimulus bill through the Senate

Rupert Murdoch prepares to hand over his media empire

How Joe Biden got his sizeable stimulus bill through the Senate