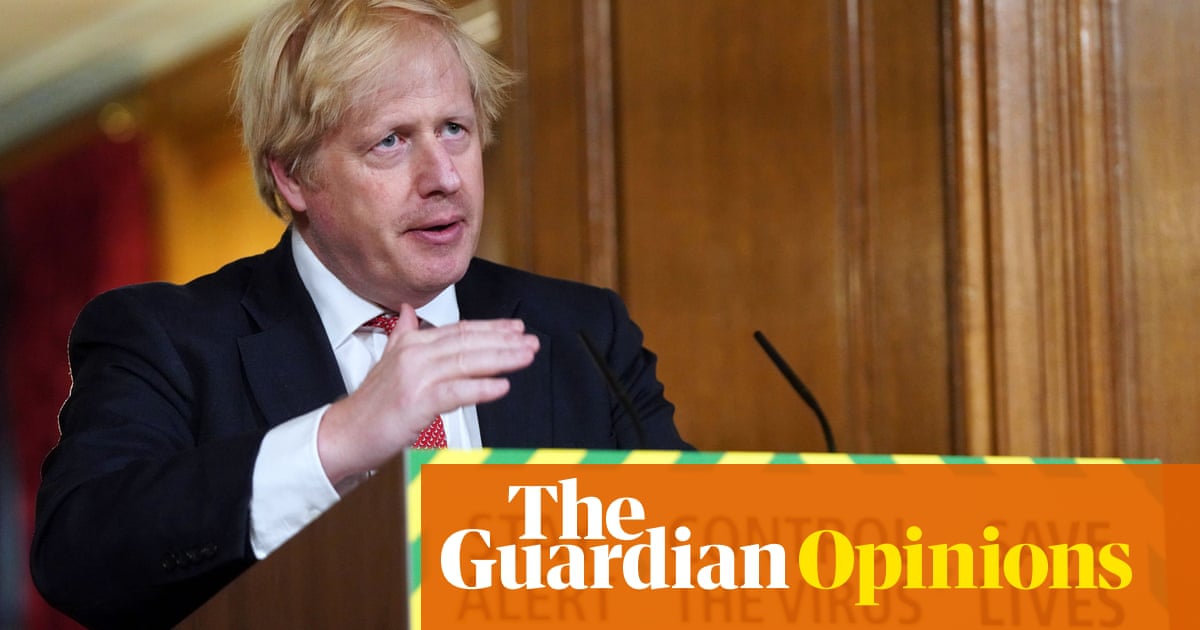 The official documents consisted of line after line of blacked out information. They gave every appearance of top secret cold war papers from which the slightest hint that might be useful to an enemy had been redacted. In reality, though, they were nothing more than part of a report by behavioural scientists on how the British public might respond to Covid-19 lockdown measures. With heavy irony, they were published last week as part of an attempt to be more transparent.

The language of war has been too common throughout the Covid-19 crisis, never more than in the mouth of Boris Johnson, a leader who is happier trading in florid metaphors than in plain facts and practical details. Yet there is a huge difference between a war and the pandemic. In a real war there is a human enemy. In the pandemic there is a viral one. This difference is crucial when it comes to mobilising the public’s support.

In a war, the enemy craves vital information. As a result, the national effort must indeed often be kept secret, plans concealed and information controlled. In a fight to preserve the national health, however, openness is all. Transparency is fundamental to good decision-making about an elusive enemy. It is also vital to ensuring national confidence, so that the public cooperates with evidence-based restrictions and sacrifices – including control over their own data – that can help bring the viral scourge to an end.

British governments have never been at ease with openness, and this continuing unease is now significantly affecting and weakening the national effort, especially as the lockdown is loosened in England. Too much is being subordinated to “comms strategy”. This is not just wrong in principle, but counterproductive in practice. It is wrong because the public has a right to know about the threat and to take highly personal decisions which are laden with risk. And it is counterproductive because it disables ministers from the very task – gathering information in order to act rationally and effectively to combat the virus – in which public confidence and cooperation are most essential.

But the secrecy persists. It was always ridiculous that the membership of the government’s Sage advisory committee was kept secret. The Guardian’s revelation of the names this month has had no adverse public consequences and at least one positive one, since we now know that Sage members were not asked to approve the new message to England to stay alert. Whitehall has now published an incomplete list of names.

Even less defensible is the fact that the government continues to keep most of Sage’s key papers and some of its most recent conclusions secret, despite occasional promises to publish them. The findings of the Exercise Cygnus test drill in 2016, which exposed a health sector that could be overwhelmed by a pandemic, have long been suppressed, when they could have made possible a more effective resilience strategy that might have saved lost lives. The documents published last week revealed only that No 10 is politically paranoid about losing hold of the debate.

Yet these papers and conclusions are “the science” that the government still claims to be following in its Covid-19 policy. They are documents which ought ideally to provide a gold standard of credibility that ministers are doing the right thing. Yet the public cannot see what they say and the conclusions, where they are known, are open to challenge. As long as this continues, ministers risk precisely the loss of trust that has been such a mark of this most troubling week in the crisis.

[Health] Over-40s next in line to get a Covid vaccine

[Stories] ‘We couldn’t afford IVF so we risked finding a sperm...

[Uk] Queen urges people to ‘think about others’ by taking Covid...