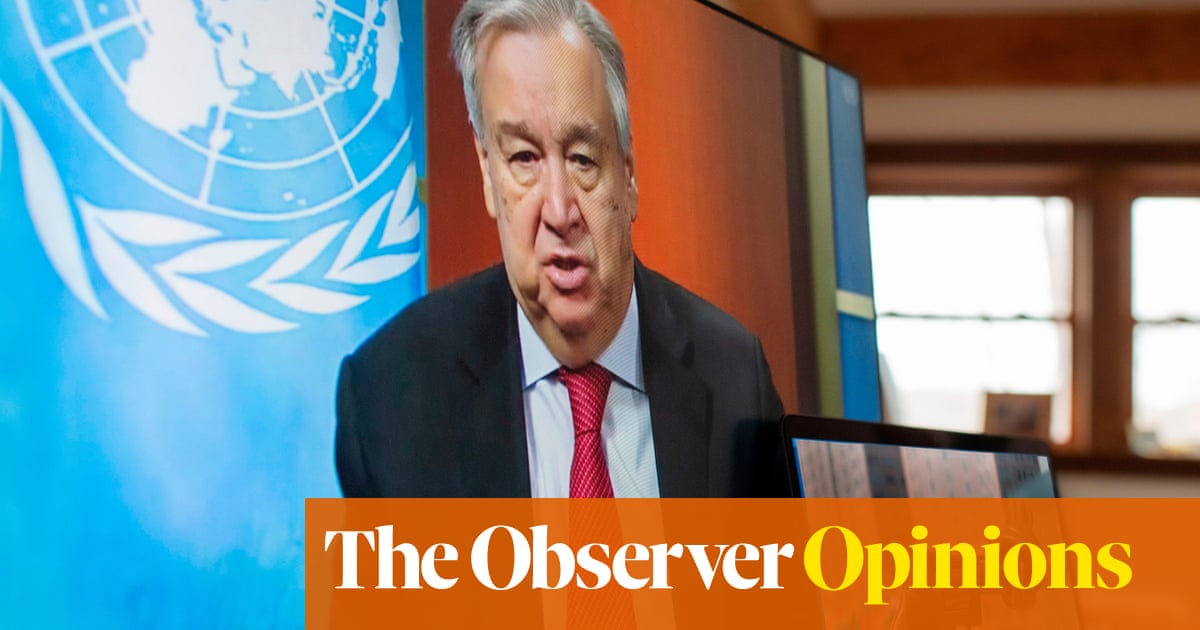 Franklin D Roosevelt did as much as anyone to ensure the allied victory 75 years ago. Following Japan’s sneak attack on Pearl Harbor in December 1941, and Nazi Germany’s declaration of war four days later, the US president willingly joined the fight, able at last to overcome isolationist opposition in Congress and answer Winston Churchill’s pleas to formally take Britain’s side.

Yet biographers suggest the defeat of fascism took second place in Roosevelt’s mind to the postwar creation of an international organisation guaranteeing future global peace and security. At a White House meeting with Churchill that same month, they agreed that their new alliance, incorporating the Soviet Union and other anti-Axis countries, should be named the “United Nations”.

A series of conferences led in June 1945 to the promulgation by 50 governments of the UN charter, rendering permanent the alliance that had won the war. Since then UN membership has grown to 193 sovereign states. Roosevelt’s dream was realised, although tragically he did not live to see it. He died in April 1945, less than a month before VE Day.

After a week in which Britain commemorated that famous victory in extremely difficult circumstances, it is plain that the world needs another 1945 moment. Inspirational leaders such as Roosevelt cannot be conjured up, more’s the pity. But his legacy – today’s UN and its many agencies – remains a vital resource for effective international cooperation in fighting global threats.

Why, then, is the UN not better used and supported in the present crisis? “Covid-19 is the greatest test we have faced together since the formation of the United Nations,” António Guterres, UN secretary-general, said last month. “This human crisis demands coordinated, inclusive and innovative action from the leading economies.” Yet a lack of leadership and differing national approaches had helped spread the virus, he said.

The UN is already heavily involved. It has established a multi-partner Covid-19 “response and recovery” trust fund. Agencies such as the World Food Programme and the children’s fund, Unicef, are on the frontline. Guterres is also showing a lead. He has warned of increasing Covid-related human rights abuses and a “tsunami of hate and xenophobia, scapegoating and scaremongering” around the world.

But many years of governments ignoring, circumventing or undermining the UN are taking their toll. This latest crisis has underscored the virtual irrelevance of the UN security council, foremost guardian of the charter. As Guterres says, the pandemic poses a clear threat to international peace and security. Yet still the council fiddles. On Friday, it again failed to agree a global ceasefire to help fight Covid-19.

In the US, successive Republican administrations have shown their hostility by withdrawing UN funding and, in the case of the 2003 Iraq invasion, illegally flouting its authority. Donald Trump’s contemptible attempt to blame an admittedly imperfect World Health Organization for his Covid failures is the latest manifestation of a wider hatred of the multilateralism embodied in the UN.

Yet Russia and China behave little better. By repeatedly blocking UN efforts to halt the slaughter of civilians in Syria or investigate chemical weapons attacks, and by ignoring international treaties and human rights in Crimea, Hong Kong and Xinjiang, they degrade the international rules-based order which the UN crucially upholds.

The UN has many problems. Reform of the security council is long overdue. Peacekeeping operations are controversial, in terms of effectiveness and sexual abuse and corruption scandals. The general assembly and the human rights council too often divide into rivalrous factions.

But at this time of truly global emergency, when US leadership has collapsed, when others have failed to step up and when the pandemic threatens millions of lives and livelihoods here and across the developing world, an effective, well supported, well funded UN, as first envisaged by FDR, is needed as rarely before.