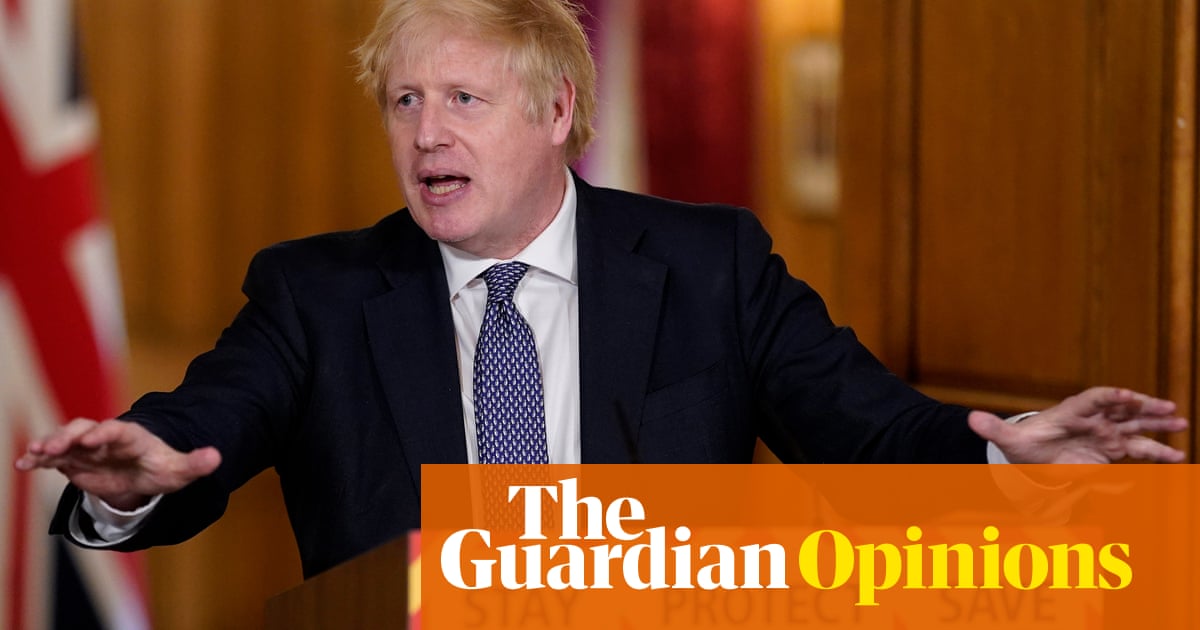 Ibsen’s 19th-century play An Enemy of the People is a political drama about a physician who tries to save his town from water pollution only to wind up as a scapegoat. For the doctor the issue is health; after testing the water supply he urges a shutdown and new pipes to be laid to save lives. The town’s mayor is concerned about the economic cost. Better, the politician reasons, to keep the town open and correct the problem gradually. In the moral combat that ensues it is the doctor who becomes alienated from the town he struggled to protect. The play’s message is a counsel of democratic despair: that might is more powerful than right.

This insight has not been lost on the British government. Like Ibsen’s fictional politician, ministers refused to see the viral threat. Boris Johnson did not want to contemplate a draconian response. When they did act, ministers found they were behind in a global race for critical resources such as ventilators, testing capacity and personal protective equipment. The failure to move decisively to suppress the pandemic lies at the root of the mess. Rather than admit responsibility for being behind the curve, ministers refuse to apologise and instead seek to delegitimise the media for asking questions about why Britain failed.

Downing Street claims that “many people will be looking at our apparent success”. Having lost more than 26,000 lives to the coronavirus pandemic, the UK now accounts for an eighth of the world’s Covid-19 deaths with less than a hundredth of its population. If this counts as success, one shudders to think what might be considered failure. Every mistake invites a rebuttal. The government deploys a three-pronged denial familiar to observers of the Brexit culture wars. The first prong is to doubt that there is a serious problem; the second is to question the veracity of unwelcome reporting; last is to tar dissent as treason.

Mr Johnson wants to co-opt the population in a national effort under his command. But Britain is set to lose more people in the coronavirus outbreak than in the blitz. He claims the frontline of the NHS has held, but does not want to own the heavy losses on the social care flank. The prime minister wants no narrative to take hold that could trigger a backlash on the home front that his administration cannot contain.

Instead the government is attempting to use data to create the sense that the pandemic can be monitored as it happens. But daily numbers tell a distorted story. The missed target of 100,000 tests a day is a case in point. The volume of testing is not the issue; the question is whether it is extensive enough to map the virus spread so that it can be rolled back. South Korea has a population of 52 million but has recorded fewer than 250 coronavirus deaths by running 57 tests for every confirmed Covid-19 case. The number for the UK is less than a tenth of that. Britain has been too late in increasing its testing capacity, and nor does it have a tracing system to track down people who might have been exposed to the virus.

Despite the facts, Mr Johnson will spend the weeks ahead claiming he will out-Korea the Koreans by halting virus transmission and will keep it in check with a “track, trace and test” approach. Performing this U-turn will open the prime minster up to the charge that he acted too late. Already the finger of blame is being pointed at the state, neglecting that it had been shrunk by a decade of Tory rule. Instead of sharing uncertainties with the public, Mr Johnson continues the self-deception. To err is human. Resolving the tension between the economy and health, as Ibsen’s play ultimately reveals, cannot be solved by the god of public opinion.

The Economist is hiring a Senior SEO Editor

The battle for China’s backyard, the tech game’s new rules and why home-schooling is...

The Economist is hiring a Senior SEO Editor

“The army’s initially restrained response to the protests is changing”—violence in...

The battle for China’s backyard, the tech game’s new rules and...